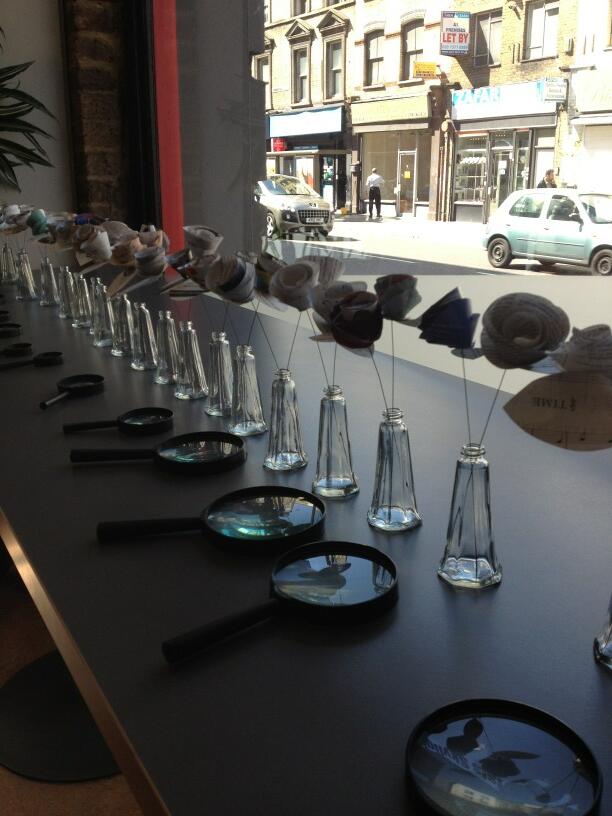 Beyond Glorious: the radical in engaged artistic practices

Thursday 30 May to Sunday 2 June 2013, Birkbeck College and Artsadmin, London

What is the place of art in acts of social re-imagination and repair?
What languages can be found to articulate such practices?
Is it possible to break new ground within the realm of engaged artistic practices?

This symposium marked the end of Rajni Shah Projects’ Glorious.  It brought together people from different spheres of life to discuss and experience the meanings, methods and effects of art in relation to engaged and radical practices.  Using Glorious as a starting point, events explored the potential of engaged artistic practices, not in terms of a reductive understanding of the ‘efficacy’ of art in the world, but as a complicating, delicate, nuanced, uneasy journey towards new ways of thinking.

What to say to capture and keep for memory about an event that lived and breathed through its quiet gentle generous friendliness?

Not just this.  This makes it sound too much like a tea party.  Which it was.  Its tea-and-cakeness was a vital part of its spirit and its lightness.  But it was so very very much more as well.

One of the symposium’s central questions explicitly tried to open out this difficulty of expressing the intangible, articulated in the question What remains?

Chloé Déchery (theatre-maker, writer, co- artistic director of ÉCLATS Festival) opened a series of conversations around questions about what and who matters, needs to be held up and out in testament to show the worth and value out of work that makes and finds its intrinsic liveness in quiet nearly invisible and usually disregarded moments of connection, relationship, insight, inhalation.

From this session I remember the word ‘traces’ being important – as something slight and nearly gone that remains after the rest of its bulk has disintegrated, and also as something that we might use as a guide to trace out a new form from what has been left for us to follow.  We talk about when something is ‘gone without a trace’ but in doing so somehow keep still a trace of what it was that has gone.  But these subtle nuances are badly unequal to these shout-y times of unquestioning demands and unambiguous agendas.

But these are big questions that took the concentration of this whole symposium, as well as the work of Glorious itself, as well – as I discovered through this event – as well as a great deal more work that is being made quietly and unchampioned out there in the world amongst its peoples.  These are questions too big for this piece to try and sensibly answer.

What I am remembering still about this experience are moments of easy unexpected encounter that tumbled joyfully out from alert interest and invitation and into depths and diversity of conversation.

I remember the warm friendliness and easy friendly warmth that was begun and renewed each day by Rajni waiting at the gate, or the outside door, to greet and welcome people as they arrived.  When I joined her in this quiet ritual for the last brunch event I discovered for myself how personal, charged and engaged this made me feel.  A small act done with great love that I am convinced sent out a ripple of similar welcomings and greetings across the whole event.

I remember the repeated joy of surprise encounters.  Sometimes these came from extended conversations with the people I was working alongside to make the backroom support.  Sometimes this was a stranger asking me to join them for lunch and drawing me lightly into their conversation.  Sometimes it was the joyful ‘aha’ of hearing the wisdom of another’s experience or the sharp brightness of their questioning inside the sessions.  What made these encounters so exceptional was their unusualness – I seldom have this same experience at other events – and their frequency.  I don’t believe it was my Glorious team member’s badge that made the difference, but rather that a mood and expectation and curiosity and readiness for surprising encounters that was woven through the DNA of this whole event: in its themes and its processes and its design and in the behaviours and values if its makers.  You get what you go looking for and something was in the water we were all drinking at this symposium that made us all more heads up, eyes open, ears widened…

I remember too the luxury of space…

…the space of time from 2hour sessions and 2hour lunch breaks with local restauranteurs who greeted us like they knew us and made us feel this meal would be special.  This elongated time that allowed for an unfolding discovery of dialogue rather than the more usual forced smash of ideas through too little time, too tight an agenda, too squeezed a set of objectives and expectations;

…the space and spaces made by questions that created openings and extensions rather than the more usual objectives that push for reductive thinking and positioning, driving and herding us into conclusions and certainties (as if there could be any, but how often are we asked, anyway, to just let go of our intelligent beliefs that our situations and ambitions are way too complex to carry the heavyweight load of certainty?);

…the physical space of being able to inhabit different spaces, to choose a session that involved walking after lunch each day, to, at any time, come into the coffee-always-ready-and-several-varieties-of-tea-room to sit, take time out, chill, or make your own conversations.

I remember, too, and maybe this above all else, how all the espoused values we, as the company, and we, as this makeshift community, were championing, advocating, advancing were every bit in evidence in the practice and experience of this event:  qualities of generosity and friendliness and inclusion and welcome and giving and gifts and relationship and exceptional experience at every moment and being fully present in every moment…  all these qualities were alive and active.  This is rare, and, sadly, it is a kind of truism that whatever is held to be most important for the people we work to benefit, we are least likely to be doing well for ourselves.

There is something more to say about this symposium, and this about the depth and range and interrogation of the inquiries that were the thread and weave of this symposium.  I have so far, perhaps, made it seem like a collusive gathering of the smug and complacent.  But its questions and the responses people bought were challenging and original.  And the provocations that started each day were provoking, not in a way that antagonised or tore at us, but rather they invited a kind of positive disruption, nudging us to think bigger, better, wider, more keenly.

One of the symposium’s most difficult acts to pull off – and that it did is further testament to its great success – was that many of its participants came without any prior knowledge or experience of  Glorious, the project on which it was built, and yet in conversation after conversation there seemed to me an equal sense of ownership and involvement and engagement and trust and uncertainty in the material, irrespective of how much immersion in Glorious you came with.

So my learning to take away in a memo to ourselves:

…continue, when preparing events, to devote time and creativity and care and minute attention to what will help to make a great experience for the people who will come.  Because, just as we have always believed, this matters immensely, and, because we might just dip into believing that we are already doing this enough.  And this experience has shown me that there is much more that is simple and wonderful that we could be doing.

A note: lest I seem to be bragging intolerably about this event I should say that I take no credit for its many successes.  I was there and helped to make it work, yes, but the things that it made it so very special and exceptional belong to a whole team who made it and especially the people who imagined and led it.  And, yes, to Rajni herself for the light gifted way she held it and us so potently open.

A beautiful bespoke publication that contains Mary Patterson’s  exquisite reveries about Glorious, and Elizabeth Lynch’s storytelling consideration of what Glorious achieved for the people who inhabited it, as well as two films made in response to Glorious – Becky Edmunds‘ collaged palimpsest made from different shows, and Lucy Cash’s Six Actions: 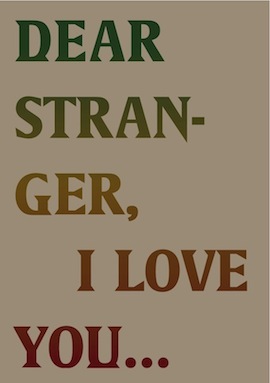 Dear Stranger, I love you

the ethics of community in Rajni Shah Projects’ Glorious

Dear Stranger, I love you offers an in-depth exploration of artist Rajni Shah’s Glorious, an experimental performance project that began with a series of conversations between strangers and ended in a large-scale theatre production involving local residents and musicians in each location where it was presented…

The publication brings together four ways of looking at Glorious: a short film made in response to six performances of Glorious by filmmaker Becky Edmunds; a music video shot in and around Lancaster and Morecambe by Lucy Cash; a critical overview of the process behind two iterations of the project by Elizabeth Lynch; and The Glorious Storybook, a collection of memories from throughout the process, edited and contextualised by writer Mary Paterson…

Happiness At Work and other posts