In this excellent retrospective Carolyn Gregoire considers the pros and cons of our contemporary preoccupation with our own expectations to be happy and asks:

How Has Happiness Become A Modern Cultural Obsession?

With her simple questions – Can we make ourselves happier, and what would that require? – Gretcehn Rubin joined a conversation that has long dominated the booming self-help industry and the expanding field of positive psychology. Today, happiness is ever-present in our cultural conversation and often at the forefront of our minds. Advice on how to be happy is everywhere: A Google search for “happiness” yields 75 million results, and nearly 40,000 books on or related to the topic are available for purchase on Amazon.com.

While the depth and zeal of our current obsession with being happy may be unprecedented, happiness is an ancient, time-honored pursuit. Aristotle – one of Rubin’s Happiness Project inspirations – may have been the original (if accidental) self-help guru, interrogating the causes and definitions of happiness at length in his Nicomachean Ethics.

This shift from being good to feeling good began in the 18th century. Thomas Jefferson’s Declaration of Independence – which identifies the pursuit of happiness as an unalienable right, along with life and liberty – and the French Revolution both reflected an increasingly popular idea: that happiness is necessary for the health of the individual and society. The rising popularity of utilitarianism also led to a new way of conceptualizing happiness in terms of a pleasure vs. pain.

Happiness has become a core question of our lives. Some psychologists argue that this preoccupation with happiness may actually be making us less happy. Critics have also pointed out that the obsession with happiness may lead some to discount both the presence and the value of the challenging and painful events that are inevitable in our lives – not to mention making us feel inadequate when we fall short of an ideal happiness.

Happiness Through The Ages

Aristotle defined happiness as a life lived in accordance with virtue, and outlined a philosophy of becoming happy through acting virtuously.

“People generally agree that the highest good attainable by action is happiness, and identify living well and doing well with happiness,” Aristotle wrote.

“For Aristotle, happiness isn’t a feeling, but an evaluation of a life lived well,” said McMahon. “That begins to shift in a profound way in the 18th century … people start defining happiness as a feeling, an emotion, as what puts a smile on your face.”

With the rise of utilitarian principles in the 1700s, the idea that the individual should maximize pleasure and minimize pain became prevalent in the cultural conversation. The 18th century British economist and founding father of utilitarianism Jeremy Bentham – who believed that societies and individuals should act in such a way as to promote the “greatest happiness for the greatest number” – defined happiness in this way, as a pleasure/pain calculus.

As a result of this cultural shift, people were presented with a novel prospect: “They can be happy, and they should be happy,” said McMahon.

The legacy of those Enlightenment principles still informs our conception of happiness, even as happiness itself has taken on functions more often associated with religion.

“[Happiness] is really the last great organizing principle of a life,” McMahon said. “We no longer live our lives according to beauty or honor or virtue. We want to live in order to be happy.”

“The key question then becomes why,” McMahon explained. “To really be concerned about your happiness is a total luxury: It only happens when everything else is taken care of. To care about happiness in a really sustained, neurotic way … is on one level a sign of our prosperity.”

This shift in priorities is even reflected in how we’ve started to quantify national success, as gross national happiness has the attention of leaders alongside gross national product. According to the largest global happiness survey, the United Nations World Happiness Report, the world is becoming a happier place. World well-being is on the rise, according to the UN, with countries where happiness is up outnumbering those where it’s down. 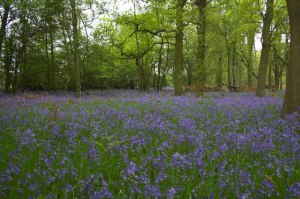 The Modern Science Of Happiness

Research in positive psychology has legitimized the study of happiness and brought it to the forefront of the cultural dialogue, simultaneously boosting the prominence of happiness studies and complicating how the term is defined.

Psychologists and neuroscientists have arrived at insights into humanity’s inherent capacity for happiness – what’s known as the “happiness set point” – as well as one’s potential to be more or less happy.

“As a rough generalization, about a third of the factors that determine outcomes of well-being are genetic or biological,” says cognitive psychologist Rick Hanson, author of Hardwiring Happiness. “That leaves abut two-thirds that are based on the environment around us and what we do inside ourselves.”

The problem is that the brain is attracted more to negative experiences than positive ones. In Hanson’s analogy, the brain is like Teflon for positive experiences and Velcro for negative ones. His research has found that the simple secret to boosting our happiness levels is to maximize life’s everyday simple pleasures and small joys, which we can do by lingering on positive moments and finding small ways to build more joy into our lives.

“If we train ourselves increasingly to look for the positive, we have trained our brain in terms of what it’s primed to see and what it’s scanning for,” said Hanson.

Having positive experiences more often tends to increase flows of dopamine, the chemical that tracks rewards, in the brain, which builds out more receptors for dopamine, and over time makes us more sensitive to reward, says Hanson.

And a number of studies have shown – including the Harvard-Grant Study, a 75-year longitudinal investigation into what accounts for a fulfilling life – strong relationships are consistently the strongest predictor of happiness.

The Harvard-Grant study’s director, George Vaillant, concluded that there are two pillars of happiness. “One is love,” he said. “The other is finding a way of coping with life that does not push love away.” 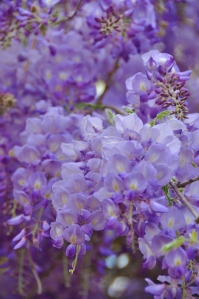 Running On The Hedonic Treadmill

In the pursuit of pleasure and joy, people tend to fall into the trap of running on the so-called hedonic treadmill – chasing after pleasures and external recognition that they believe will bring happiness, rather than finding more pleasure in the experiences they’re already having.

According to the treadmill theory, outlined in a 2006 paper by Ed Diener, Richard E. Lucas and Christie Napa Scollon, good or bad things temporarily affect our happiness levels, but when those experiences come to an end, we quickly return to neutral. In a consumer culture, it’s easy to see how an obsession with happiness can amplify a hedonic treadmill scenario, in which one is constantly looking outside the self for the next quick fix to boost happiness.

“We keep ratcheting up what is luxury and what is pleasure, and yet we also fall back to a kind of baseline,” said McMahon. “A market economy operates on that, but it’s not necessarily designed to make us happier… In some ways this will always be a losing proposition.”

“It’s good and bad – they want you to flourish, but they also want to get more out of you,” he said. “These psychological techniques are being used to increase productivity, and that’s not a bad thing, but sometimes you wonder what the ultimate goal is. Is it profit maximization, or having flourishing people?”

The trouble lies not in the field of positive psychology or in the research coming out of it – but in the proposition that happiness is something that can be easily bought or crafted.

“There’s a certain tendency in our culture to want to graft some kind of happiness onto an existing structure,” Hanson said. “If you just fill in the blank – get this car, find the right shade of lipstick, go on vacation in Mexico, lose those five pounds – suddenly you’ll be happier and have the fulfillment you want in life … Let’s be clear: The main happiness industry in America is the advertising industry.”

A New Disease Of Western Societies

One risk inherent in our obsession with the pursuit of happiness is that we will begin to fear or devalue painful, negative emotions and challenging experiences.

For Australian social researcher Hugh Mackay, the notion that individuals should do everything for the sake of happiness is a dangerous one. In his book The Good Life, Mackay argues that this philosophy has led to a new disease among Western societies: “fear of sadness.”

Hanson agreed, adding that taking a negative stance towards negative experiences just creates even more negativity. “Sorrow tenderizes the heart,” Hanson said. “Attending to the suffering of one’s self and others has dignity to it – a nobility even – and it’s important to do, particularly in our culture that always wants to ‘fix it fast.'”

The search for quick fixes is likely to leave one stuck on the treadmill – but mindfulness may be the remedy to a tendency to look for easy solutions.

“If a person skillfully does inner practices and gradually becomes more mindful and more caring … they’re not going to fall into the pitfalls of chasing after every little pleasure they can find,” Hanson said.

This inner practice is key – and it’s something to which some are starting to pay more attention. The so-called mindful revolution — “a meeting of minds between positive psychology and Buddhism,” as McMahon describes it — may very well be a turning point in how the culture looks at happiness.

Mindfulness is not a panacea, but the practice does have science on its side when it comes to boosting well-being. Mindfulness practice has been linked with emotional stability, reduced stress, depression and anxiety, and improved mental clarity. It also could aid individuals in seeing themselves more clearly – free from positive or negative biases – according to a 2013 University of Utah study.

“People who reported higher levels of mindfulness described better control over their emotions and behaviors during the day,” University of Utah researcher Holly Rau said in a statement. “In addition, higher mindfulness was associated with lower activation at bedtime, which could have benefits for sleep quality and future ability to manage stress.”

The research supports something that Rubin has found in her own exploration of happiness: That self-knowledge is the bedrock of joy and fulfillment.

“Part of it is thinking, ‘Well, what do you want?'” Rubin said, “and not just accepting some ready-made definition. It’s easy to assume that you want something, and then you lose track of what’s true for you … So much of it is being aware of what you’re doing … and once you know, you can direct it.”

Mindfulness, which has been shown to boost compassion and may even improve relationship quality, may also bring us back to a more Aristotelian notion of happiness as a life in which we are good to others.

“Modern neuroscience is showing us that we’re really wired to be extremely social creatures,” Joe Loizzo, psychiatrist and author of Sustainable Happiness, told The Huffington Post in February. “We’re happier and healthier when we do that in a committed way … We need to learn to connect with others with mindful openness and positivity, and to deal with the daily slings and arrows, and work through those and maintain a sense of connection that’s positive.”

Link to read the original article in full

See more stories about happiness and practical ways to practice it in the new collection, available from Friday 18th April.

5 thoughts on “Happiness 2014 – from Aristotle to mindfulness & neuroscience”

Happiness At Work and other posts